Court says that disputed medical judgments present a triable issue for a jury, creating a Circuit split and paving 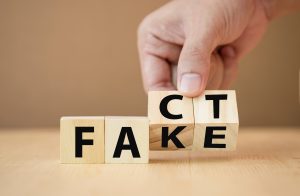 the way for similar whistleblower claims.

The Third Circuit Court of Appeals has ruled that a physician’s judgments and opinions can be considered “false” under the False Claims Act, rejecting the Eleventh Circuit’s “objective falsehood” requirement and creating a Circuit split.  In United States v. Care Alternatives, the Third Circuit found that contradictory medical expert opinions as to whether patients were “terminally ill” as defined by Medicare and thus eligible for hospice care benefits raised a triable issue for the jury as to falsity under the False Claims Act and did not warrant dismissal on summary judgment.

The decision conflicts with that of the Eleventh Circuit last year in United States v. AseraCare, where the court ruled that medical expert testimony standing alone cannot prove the falsity of a clinical judgment of hospice care eligibility because “a claim cannot be ‘false’ [under the False Claims Act] if the underlying clinical judgment does not reflect on objective falsehood.”

In Care Alternatives, two former employees brought qui tam whistleblower claims against a hospice care provider accusing it of directing employees to falsify Medicare certifications to reflect hospice care eligibility when the patients were not actually “terminally ill.”  The whistleblowers sought to prove the falsity of the provider’s certifications to Medicare through the testimony of an expert witness – a physician who reviewed the patients’ records and concluded that certain terminal illness prognoses were unfounded. In opposition, the provider presented the testimony of its own medical expert who disagreed and claimed that the certifications were appropriate.  Adopting the Eleventh Circuit’s “objective falsity” standard, the district court granted summary judgment and dismissed the case.

The Third Circuit reversed.  The court reasoned that Congress intended to incorporate the common-law meanings of the terms “false” and “fraudulent” under the False Claims Act, and that, under the common law definitions of those terms, opinions can be considered “false” if issued without basis or contrary to the speaker’s true belief.  It also noted that the False Claims Act recognizes not just factual falsity but “legal falsity,” i.e., where the claimant falsely certifies compliance with a statute or regulation compliance with which is a condition for government payment.  The Third Circuit found that the disagreement between the parties’ experts may be evidence of falsity on these grounds, creating a triable issue for resolution by the jury. It thus rejected the district court’s “bright line rule that a doctor’s clinical judgment cannot be ‘false.’”

Additionally, the Third Circuit dismissed the idea that its approach would expose providers to potential False Claims Act liability any time a whistleblower was able to find an expert willing to disagree with the certifying physician’s prognosis.  This possibility, it said, was limited by the False Claims Act’s scienter and materiality requirements which the Supreme Court has instructed should be applied “rigorously.”

The Eleventh Circuit’s AseraCare decision had been welcomed by the defense bar and the healthcare industry as a win because it supported dismissal of qui tam claims based on allegedly false medical judgments.  Now, the healthcare industry is fretting about the consequences of the Third Circuit’s decision in Care Alternatives, and for good reason: at least outside the Eleventh Circuit – which covers Florida, Alabama and Georgia – the decision opens the door for healthcare industry whistleblowers to pursue potentially highly lucrative qui tam claims involving medical judgments that relate to hospice and other types of care paid for by the government.  The divergent approaches of the different courts make it critical that potential whistleblowers engage experienced counsel to navigate the complex legal landscape in bringing these claims.

Originally enacted during the Civil War to combat fraud by suppliers of the Union Army, the False Claims Act imposes substantial liability on parties that knowingly overcharge government agencies.  It covers claims for Medicare reimbursement and other healthcare fraud and is a key weapon in the government’s arsenal to punish and deter fraud and abuse by healthcare providers who knowingly attempt to defraud Medicare and other government healthcare programs.

If you have information about healthcare fraud, contact whistleblower attorney Mark A. Strauss for a free and confidential consultation.