In a key victory for the federal government and qui tam whistleblowers, the Second Circ 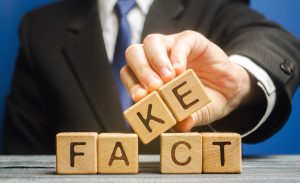 uit Court of Appeals has affirmed that false statements regarding eligibility to take part in government programs—and not just subsequent false claims for payment after being allowed to participate—are actionable under the False Claims Act notwithstanding the U.S. Supreme Court’s 2016 landmark decision in Universal Health Services v. Escobar. The court in United States v. Strock rejected the idea that the only relevant “payment decision” under Escobar was the decision to pay a contractors’ invoices without regard to the initial decision to award the contract.

The case—in which the contractor allegedly falsely certified that it qualified as a “service-disabled veteran-owned small business” to get lucrative “set-aside” contracts with the Veterans Administration—has potentially broad impact on other False Claims Act lawsuits involving eligibility requirements for federal contracts, grants, and other programs.

Other eligibility criteria for government contracts, grants, and programs frequently include:

Federal contract solicitations and grant solicitations also frequently contain eligibility and qualification requirements specific to the contract or project in question.  Speak to an experienced whistleblower lawyer like Mark A. Strauss about the details of your matter.

In Strock, the defendant contractor claimed that it was owned by a service-disabled veteran. It applied for and received tens of millions of dollars of VA contracts “set aside” for service-disabled, veteran-owned small businesses (SDVOSBs).

The contractor sought dismissal based on the Supreme Court’s 2016 decision in Escobar, in which the Court held that, to be actionable under the False Claims Act, “[a] misrepresentation about compliance with a statutory, regulatory, or contractual requirement must be material to the Government’s payment decision.” In particular, the contractor argued that the relevant “payment decision” in its case was the VA’s determination to pay its invoices, which supposedly were not themselves fraudulent. The VA’s initial decision to award it the contract based on the false claim that it qualified as a service-disabled, veteran-owned small business, was irrelevant, the contractor urged.

The district court sided with the contractor, dismissing the case.

The Second Circuit reversed. It rejected the parties’ narrow interpretations of the phrase “payment decision”, holding, instead, that—at least in False Claims Act lawsuits alleging fraudulent inducement—the relevant “payment decision” comprised both the initial decision to award the contracts and the decision ultimately to pay the contractor’s invoices. The court concluded that the government’s False Claims Act complaint thus plausibly alleged the element of materiality, satisfying the requirements of Escobar.

Notably, the reversal in Strock accords with other recent court decisions.

For example, a court in the District of Columbia recently refused to follow the (subsequently reversed) district court decision in Strock. In Scollick ex rel. United States v. Narula, the court held that Escobar’s “payment decision” requirement “does not apply” when a False Claims Act lawsuit alleges fraudulent inducement. While a government contractor’s undisclosed failure to comply with contractual, regulatory, or statutory requirements may be immaterial to the government’s decision to pay that contractor, as Escobar explains, a fraudulent statement made to secure the award of a government contract in the first place “will always be material to the government’s decision to pay the contractor under that agreement”, the court reasoned. There, as in Strock, the contractor falsely certified its eligibility as a service-disabled, veteran-owned small business (SDVOSB) to get government contracts.

If you are considering blowing the whistle on fraud against the federal government—whether your matter involves government procurement contracting, federal grants, or otherwise—reach out for a free and confidential consultation with experienced whistleblower attorney Mark A. Strauss.