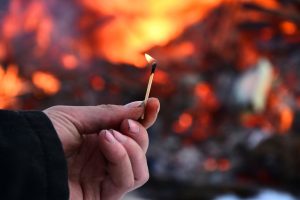 The Supreme Court of Illinois has upheld the qui tam whistleblower provisions of the Illinois Insurance Claims Fraud Prevention Act, affirming the reversal of a trial court decision that would have essentially gutted them. The court agreed that a whistleblower need not have suffered harm to be an “interested person” with standing—and therefore able to sue—under the Act. Instead, the phrase “interested person” in the statute simply refers to a party with material information about insurance fraud who brings a qui tam lawsuit and may be eligible for a whistleblower award, the court held in State ex rel. Leibowitz v. Family Vision Care, LLC.

The Illinois Insurance Claims Fraud Prevention Act is one of two state-law whistleblower programs aimed at exposing and punishing fraudulent schemes that victimize private insurance companies. California has a similar law. The Illinois and California statutes’ qui tam provisions permit individuals in possession of material evidence of insurance fraud to become whistleblowers by suing fraudsters on behalf of the State. Violators are subject to significant statutory penalties plus up to three times the amount of the fraudulently obtained insurance proceeds.

The statutes provide for substantial qui tam whistleblower awards in successful cases—30-50% of the amounts recovered. This is a powerful incentive for potential whistleblowers to come forward and report fraud. Successful whistleblowers can also recover their attorneys’ fees and expenses from violators.

The statutes apply to all categories of insurance—including healthcare, automobile, workers’ compensation, and property—and cover a wide range of fraudulent conduct, including false statements and omissions in connection with insurance claims and unlawful inducements or kickbacks paid for the procurement of insured clients or patients.

Significantly, the statutes supplement—not replace—other state remedies. Violators are still potentially subject to criminal prosecution, and private insurance companies can still bring their own civil lawsuits against the violators to recover their losses.

Time is potentially of the essence in filing whistleblower claims under the Insurance Claims Fraud Protection Acts. The applicable limitations periods require that whistleblowers file any lawsuit within three years of the discovery of the facts comprising the fraud with a maximum of eight years from when the insurance fraud occurred. And the statutes only permit the first-to-file whistleblower to receive an award, not latecomers. It is thus important to speak to an experienced whistleblower lawyer like Mark A. Strauss as soon as possible, if you believe you might have an insurance fraud whistleblower claim.

Notably, Illinois and California modeled their Insurance Claim Fraud Prevention Acts after the federal False Claims Act, which permits individuals in possession of information about fraud against the federal government or federally funded programs—including federal insurance and healthcare programs like Medicaid, Medicare, and TRICARE—to become whistleblowers (often called qui tam “relators”) by filing qui tam lawsuits in federal court and sharing their information with federal prosecutors.  The False Claims Act entitles whistleblowers to rewards of 15-30% of the amounts recovered if successful.

Challenge to standing and constitutionality

In the Family Vision Care case, the whistleblower alleged that an optometry practice and its corporate owners submitted fraudulent insurance claims to a health-insurance company. The defendants sought dismissal on three grounds. First, they challenged the whistleblower’s standing to sue, contending that qui tam relators under the Insurance Claim Fraud Prevention Act had to be “interested persons” in the sense that they suffered an injury arising from the alleged fraud, like the victimized insurance company.

Next, they argued that the State of Illinois could not assign to private citizens the authority to enforce laws against criminal fraud where the only injury to the State was to its sovereignty and not actual monetary damages.

Third, they contended that interpreting the Insurance Claim Fraud Prevention Act to allow private individuals to sue for criminal fraud violations was unconstitutional because only the Illinois Attorney General had the authority to represent the State of Illinois in litigation.

The trial court dismissed the case for supposed lack of standing. The Appellate Court reversed, and the Supreme Court affirmed the reversal.

In particular, the Supreme Court held that “interested person” under the Illinois Insurance Claims Fraud Prevention Act merely referred to someone who has material evidence and information about insurance fraud and files a qui tam complaint under the Act. The Court reasoned that the defendants’ interpretation was nonsensical because it would read a limitation into the statute that would “effectively bar claims by anyone other than an insurer that lost money from fraudulent conduct.” This, the court stated, would frustrate the very purpose of the statute—the prevention of insurance fraud by providing an incentive for qui tam whistleblowers (including employees of violators or others with inside information who may not otherwise have a pecuniary interest in the matter) to step forward and report it.

The Supreme Court also disagreed with the defendants’ characterization of the Insurance Claims Fraud Prevention Act as improperly assigning to whistleblowers the State’s power to enforce criminal laws. Instead, the Act simply assigned a portion of the State’s interest in the civil penalties imposed on violators, which was permissible, the Court said.

If you have evidence of private insurance fraud in Illinois or California or of fraud against the federal government or federally funded programs—including federal healthcare insurance programs like Medicaid, Medicare, or TRICARE—reach out to Mark A. Strauss, an experienced whistleblower attorney, for a free, confidential consultation.