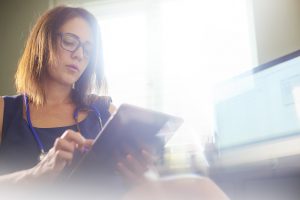 The kickback scheme involved three supposed corporate “marketing programs.” First, Athenahealth handed out gratuities to hundreds of executives, doctors, and other decision-makers to induce them to purchase or continue to use athenaCriticals under an initiative dubbed its “Concierge Program.” The program targeted individuals in positions to influence their organizations’ selection of Electronic Health Records service provider for lavish, all-expense paid entertainment, sports, and arts events, including complimentary travel, accommodations, and other gratuities for attendees. The company’s internal documents touted the effectiveness of the Concierge Program in generating new business.

Second, the company paid cash kickbacks to existing clients through its so-called “Lead Generation” program. Under this initiative, the company gave such “Lead Identifiers” up to $3,000 for each new physician who signed up for the company’s services.

Third, the company paid competitors that were discontinuing their own Electronic Health Records products to recommend that their users convert to Athenahealth. Under such “Conversion Deals,” the company made payments to at least ten different companies, converting over 100 new clients.

The government alleged that the payments made under these programs—both cash and in-kind—violated the Anti-Kickback Statute (AKS), which prohibits parties from offering or exchanging anything of value for the referral of business reimbursable by federal healthcare programs like Medicaid and Medicare.

The government also alleged that the payments violated the False Claims Act. Specifically, under the government’s Merit-based Payment System (MIPS), government healthcare programs including Medicaid and Medicare make incentive payments to healthcare providers to encourage them to use certified Electronic Health Records systems like those of Athenahealth. Because compliance with the Anti-Kickback Statute (AKS) is a condition of payment for any claim submitted to a federal health care program, Athenahealth’s kickbacks caused its clients to submit false claims for Electronic Health Records incentive payments. Under the law, claims for reimbursement from federal healthcare programs for items or services furnished or arranged in exchange for kickbacks in violation of the Anti-Kickback Statute comprise false claims under the False Claims Act.

Many people are unaware that violations of the Anti-Kickback Statute (AKS) can form the basis of whistleblower lawsuit under the False Claims Act. If you have information about healthcare industry transactions that you suspect comprise illegal kickbacks in violation of the Anti-Kickback Statute (AKS), it is important to speak with an experienced whistleblower attorney like Mark A. Strauss to help evaluate the circumstances of your matter and the potential for a whistleblower claim.

Notably, the most common whistleblowers in the corporate context are former or present employees—insiders with insight and visibility into, and frequently direct evidence of, the alleged fraudulent activities.

The whistleblowers in Athenahealth, however, worked for competitors of Athenahealth. They developed a sufficiently detailed understandings of Athenahealth’s illegal marketing efforts simply through communications with the company’s users and customers, according to their False Claims Act complaints.

This reflects a growing trend. Increasingly, qui tam whistleblower lawsuits are being brought by law-abiding rivals and competitors of wrongdoers tired of losing out on business to companies that compete unfairly by paying illegal kickbacks or otherwise engaging in fraud or lawbreaking. Business competitors and outside industry experts and consultants also make excellent whistleblowers. They usually possess the expertise and personal connections to investigate suspected fraudulent conduct in their industries, and have the sophistication to communicate what they know to their whistleblower lawyers and the government.

Blowing the whistle on healthcare fraud

The government spends massive sums on healthcare—over $1.2 trillion annually even before the COVID-19 pandemic. As a result, fighting healthcare fraud is a top priority of the Justice Department, which frequently intervenes in healthcare whistleblower cases, as it did in the qui tam lawsuits against Athenahealth. It is estimated that almost 30% of every healthcare dollar is lost to fraud, and the government runs six major healthcare programs—Medicare, Medicaid the State Children’s Health Insurance Program (SCHIP), TRICARE (for service members, retirees, and their families), the Indian Health Service (IHS), and the Veterans Health Administration (VHA).

Battling healthcare fraud is imperative not just because of the financial cost. It also often compromises patient care and, in egregious cases, can cause patient harm.

First passed during the Civil War to fight fraud by contractors supplying the Union Army, the False Claims Act imposes substantial liability on parties that knowingly defraud the federal government or its agencies. The statute’s whistleblower or qui tam provisions allow private parties to sue on behalf of the government for false claims and share in the proceeds of the lawsuit. Whistleblowers can receive 15-30% of the recovery in successful cases.

Reach out to a whistleblower lawyer

If you work in the healthcare sector and are aware of suspicious transactions that you think may violate the Anti-Kickback Statute (AKS) or False Claims Act, contact whistleblower attorney Mark A. Strauss for a free and confidential consultation.