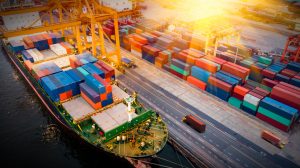 A federal court in California has awarded $24 million damages—and an additional $2.7 million in attorney’s fees—to a corporate qui tam whistleblower that successfully sued a rival company under the False Claims Act claiming that it unlawfully evaded anti-dumping duties on “welded outlet” imports from China.  The whistleblower—Tennessee-based Island Industries, Inc.—accused importer Sigma Corp. of being able to undersell law-abiding competitors like Island by cheating U.S. Customs and Border Protection (CBP) out of the anti-dumping tariffs.

Jury rules in favor of whistleblower

The jury found that Sigma—a waterworks and fire protection company—had knowingly misdeclared its imports as “steel couplings” when in fact they consisted of “welded outlets” subject to 182.9% antidumping duties under an order issued by the U.S. Department of Commerce in 1992.   Sigma had misclassified the goods under an incorrect, duty-free Harmonized Tariff Schedule (HTS) subheading, misleading CBP.

The jury awarded Island damages of $8 million in August, which the court tripled to $25 million under the False Claims Act’s treble-damages provision.  In addition, earlier this month, the court awarded Island’s qui tam counsel $2.7 million in attorney’s fees and more than $200,000 in expenses.

Island’s recovery is believed to be one of the largest after trial in a qui tam lawsuit under the False Claims Act involving import-duty evasion and customs fraud.  Misdeclaring imports under the wrong HTS subheading is one of three major types of customs fraud.  The other two types consist of valuation fraud, which involves underdeclaring the dutiable value of imported goods, and country-of-origin fraud.  Country-of-origin fraud involves transshipping goods through third countries and relabeling them to conceal their actual country of origin.

The U.S. Department of Commerce issues orders imposing anti-dumping and countervailing (AC/CVD) duties on imports to level the playing field for domestic industries when overseas competitors receive subsidies or other benefits from their home countries.

Example of a competitor whistleblower

Notably, most qui tam whistleblowers (or “relators,” as they are called) are employees or former employees of the violator—folks with access to inside information.  For example, customs fraud whistleblowers typically hold or held positions in compliance, logistics, sourcing, supply chain, procurement, sales, or financial reporting within the company committing the violation.

Island, however, is a prime example of a more prevalent type of customs fraud whistleblower—namely, a domestic manufacturer or honest importer and legitimate business competitor placed at an unfair disadvantage by a rival company cheating on its import duties.  For competitor-relators like Island, False Claims Act lawsuits are a potential means of leveling the business playing field and fighting unfair competition.  Competitor-relators are often able to collect the information they need to file a False Claims Act lawsuit through their access to market and industry intelligence, familiarity with pricing, and ability to investigate suspected fraud through contacts in the industry.