As the IRS and state tax authorities cracking down on crypto investors and traders, cryptocurrency tax fraud whistleblowers stand to receive significant awards 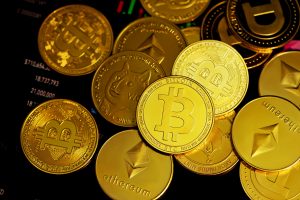 In Notice 2014-21, the IRS made clear that convertible digital currencies comprise intangible “property”—just like shares of stock or other financial assets—for tax purposes.   What that means is that when crypto currencies like Bitcoin (BTC), Etherium (ETH), Ripple (XRP) are sold or exchanged—or simply used as a means of payment—the transaction in question is a taxable event.  Capital gains taxes are owed on any price increases realized.  Parties accepting crypto as payment for goods or services must include the value thereof in their gross income.  Moreover, a wide range of transactions involving cryptocurrencies are potentially taxable, including staking, mining, and crypto-to-crypto trading.

Given that one of the primary attractions of cryptocurrencies in the first place is that they supposedly offer anonymity and privacy, tax evasion in connection with crypto transactions is believed to be common.  In fact, a recent analysis by Barclays suggests that cryptocurrency investors, taken together, are omitting to pay roughly half the taxes that they owe—an amount equal to about $50 billion a year or 10% of all estimated unpaid U.S. taxes.  As the U.S. Department of Treasury has acknowledged, the use of cryptocurrency “already poses a significant detection problem by facilitating illegal activity broadly including tax evasion.”

In March 2021, the IRS launched “Operation Hidden Treasure”—an enforcement initiative to track down such unreported income.   And, recently, New York Attorney General Letitia James issued a press release making clear that “ensuring that taxpayers appropriately declare and pay taxes on cryptocurrency transactions is a priority for the attorney general.”  James emphasized that “[t]he consequences of a taxpayer’s failure to properly report income derived from transactions involving cryptocurrency are potentially far-reaching and severe,” including potentially “taxpayer liability under the New York False Claims Act, which carries with it triple damages, interest, and penalties.”

As part of the crack-down effort, Congress included a provision in the Infrastructure Investment and Jobs Act of 2021 requiring transaction reporting for cryptocurrency exchanges similar to those for securities exchanges.  The Jobs Act also requires businesses that accept cryptocurrency payments valued at $10,000 or more to report those transactions to the IRS.  Neither of those rules, however, takes effect until 2023.

Incentives to blow the whistle

In March, New York State recovered $105 million in fraudulently unpaid state income taxes from hedge fund billionaire Thomas Sandell in one of the largest tax whistleblower cases in history.  The whistleblower in that case received an award of 21% of the recovery or $22 million.

If you have information about crypto tax fraud whistleblower or any other type of fraud against the federal or a state government, reach out to whistleblower attorney Mark A. Strauss for a free consultation.