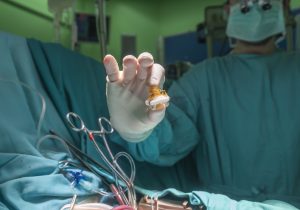 Medical device manufacturer Biotronik has agreed to pay $12.95 million to settle allegations that it violated the False Claims Act through payment of illegal kickbacks to physicians as part of an effort to market and promote its implantable cardiac devices, including pacemakers and defibrillators. Two former sales executives of the company who exposed the fraud by filing a qui tam lawsuit will share a whistleblower award of $1.25 million.

The qui tam relators alleged that Biotronik violated the Anti-Kickback Statute (AKS) by providing highly lucrative illegal inducements to physicians through its new employee training program.  According to the relators’ complaint, physicians conducting training sessions received payments each time a trainee observed an implantation procedure.  Biotronik’s compliance and training departments allegedly objected to the fact that an excessive number of employee training sessions were held without any assessment of the new employees’ training needs, and to the fact that salespeople influenced the selection of the physicians conducting the training.  Moreover, Biotronik knowingly paid training physicians even when trainings did not take place, the whistleblowers alleged.

In addition, Biotronik allegedly provided physicians with expensive meals, entertainment, and travel as inducement and reward for using Biotronik’s implants.  According to the complaint, Biotronik salespeople often did not verify the identity of attendees at lavish lunches and dinners hosted in expensive restaurants and did not confirm that the meals were for a legitimate business purpose.  Biotronik employees also falsified attendance records and receipts for such gatherings to exceed the company’s per-attendee spending limits.  Additionally, Biotronik paid for events such as winery tours and office holiday parties and spent thousands of dollars on international business class travel and honoraria for physicians who made short appearances at international conferences.

The whistleblowers alleged that they raised concerns regarding the illegal conduct with their supervisors at the company and brought it to the attention of the company’s management.  Instead of taking remedial action, however, Biotronik allegedly retaliated against the whistleblowers, including by withholding agreed-upon commissions and subjecting them to difficult working conditions.

Violations of the Anti-Kickback Statute (AKS)

The government alleged that Biotronik’s kickback scheme violated the AKS and that Biotronik thereby knowingly caused the submission of false claims to Medicaid and Medicare in violation of the False Claims Act.  The AKS prohibits parties from offering or exchanging anything of value for services or products reimbursable by Medicaid, Medicare, or other federal healthcare programs.  The submission to federal healthcare programs of claims for reimbursement for medical services or procedures resulting from kickbacks in violation of the AKS constitutes a False Claims Act violation.

If you have information concerning activities that you suspect may involve illegal kickbacks under the AKS, it is important to discuss the matter with an experienced whistleblower attorney.  Reach out to healthcare whistleblower attorney Mark A. Strauss for a free and confidential consultation.

There are six taxpayer-funded federal healthcare programs—Medicare, Medicaid, State Children’s Health Insurance Program (SCHIP), TRICARE, the Indian Health Service (IHS), and the Veterans Health Administration (VHA)—which together cost the federal government over $1.2 trillion annually.  Those costs are expected to rise due to the aging population and the impact of COVID-19.  Healthcare fraud causes the loss of as much as ten cents of every dollar in federal healthcare spending, and often also leads to subpar patient care and potential patient harm.

The fight against healthcare fraud is therefore a critical priority for the U.S. Department of Justice.  Whistleblowers play a key role in that fight.  Moreover, because such large sums of money are involved in matters relating to federal healthcare programs, qui tam False Claim Act lawsuits involving healthcare fraud have resulted in some of the highest whistleblower awards in history.

The False Claims Act: a powerful weapon against fraud

First enacted during the Civil War to fight fraud by contractors supplying the Union Army, the False Claims Act imposes significant liabilities on parties that knowingly defraud the federal government or its agencies.  The statute includes a provision that allows private parties—known as whistleblowers or qui tam relators—to sue on behalf of the government and share in the proceeds. Whistleblowers generally receive awards of 15-30% of any recovery.