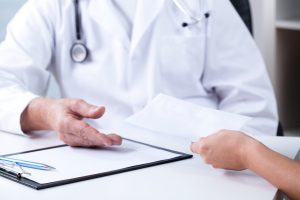 The Food & Drug Administration requires extensive clinical testing to show that prescription medications are safe and effective for specific conditions; the agency also reviews and approves the drug’s labeling, which is limited to the uses for which data is submitted.  Drug companies are only allowed to market their drugs for the conditions and uses specified, even if promoting a drug for a wider range of uses through so-called illegal “off-label marketing” might increase sales and be more profitable.

The whistleblower’s claims related to three Bayer drugs—Trasylol, Avelox, and Baycol.  Trasylol is used to control bleeding and reduce transfusions during heart surgery; Avelox is a bacterial antibiotic for use primarily against respiratory diseases, and Baycol is a statin (used to lower cholesterol).

Trasylol was approved for use in adult patients undergoing repeat cardiac bypass surgery using a heart-lung machine and for first-time bypass patients at high risk of bleeding. However, the whistleblower alleged that Bayer promoted the use of Trasylol to doctors beyond the scope of the narrow patient pools covered by the FDA approval.  Specifically, it off-label marketed Trasylol for lower-risk bypass patients, for patients whose procedures did not involve heart-lung machines, for pediatric patients, and for orthopedic and liver surgery patients—all without the required additional approvals or drug-label changes required by the FDA.

The qui tam whistleblower also alleged that Bayer engaged in similar improper off-label marketing and promotion of Avelox, a powerful antibiotic.  FDA had approved Avelox for the treatment of a limited range of bacterial infections, and only after patient testing to ensure the specific bacteria were present.  Bayer, however, also—in fact, primarily—promoted the drug to doctors for off-label use in simpler and less severe respiratory diseases, most of which, like colds or sinus infections, are caused by viruses and, thus, are not even bacterial infections.

The False Claims Act whistleblower also alleged that Bayer downplayed data showing that Trasylol was associated with serious side effects, including renal failure, heart attack, severe allergic reaction, and death.  Bayer deliberately minimized these risks, made labeling changes that obfuscated them, and misled doctors and hospitals, according to the whistleblower’s complaint.

The whistleblower also alleged the Bayer downplayed safety concerns regarding the cholesterol drug Baycor.  She claimed that Bayer aggressively marketed Baycor as equally safe and effective as other statins despite being aware that it posed an increased risk of rhabdomyolysis—a condition in which damaged muscle fibers release their proteins into the blood stream causing kidney damage, heart arrhythmias, and seizures.

Notably, Bayer ultimately withdrew Trasylol and Baycol from the market due to safety concerns that the whistleblower alleged Bayer had hidden or downplayed.

Bayer further promoted the three drugs through the payment of kickbacks in violation of the Anti-Kickback Statute, the whistleblower alleged.  Under the AKS, parties are prohibited from soliciting, paying, exchanging, or receiving any payment in return for referring, recommending, or ordering an item or service reimbursable in whole or part by a federal healthcare program.  Those programs include Medicare, Medicaid, the Children’s Health Insurance Program (CHIP), TRICARE, the Veteran’s Health Administration (VHA), and the Indian Health Service (IHS).  A kickback under the AKS is construed broadly and can consist of anything of value—not just direct cash payments but also any improper bonus, bribe, payment of above fair market value, free service, purchase discount, or gift.  Moreover, claims for payment “resulting from” AKS violations are legally defined to be false or fraudulent under the False Claims Act.

The whistleblower alleged that Bayer paid inducements to doctors in violation of the AKS to promote Trasylol, Avelox, and Baycol, including bogus consulting contracts, the creation of paid Advisory Boards, the use of grants as rewards for increased prescribing, gifts of textbooks and journal subscriptions, and travel expenses for conferences.  The whistleblower, who was closely involved in the marketing programs for all three drugs, raised her concerns over the legality of these practices with her supervisors.  However, she alleged that Bayer management dismissed those concerns, did not initiate any significant changes, and, instead, retaliated against her by excluding her from decision making, denying her promotions, and eventually firing her.

The False Claims Act—first signed into law over 150 years ago—is one of the most powerful tools to address fraud against the federal government.  The False Claims Act’s qui tam whistleblower provisions allow private individuals to bring and pursue claims on government’s behalf and, if successful, to share in the proceeds.  Specifically, the qui tam whistleblower, known as the relator, is eligible to receive 15% to 30% of the amounts recovered.

If you have information about kickbacks or other fraudulent activity in connection with healthcare, disaster relief, grant or other government-funded programs, contact experienced whistleblower attorney Mark A. Strauss  for a free and confidential consultation.