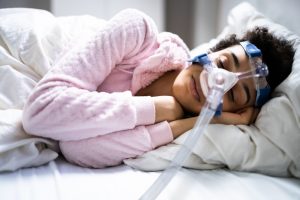 The qui tam relator whose complaint exposed the bulk of the fraud will receive a $4.3 million whistleblower award.

Furnishing kickbacks in violation of the AKS

Manufacturers of home respiratory equipment—such as oxygen tanks, ventilators and CPAP machines used to treat sleep apnea—generally sell their products to DME suppliers who in turn function as distributors.  The DME suppliers market the products to doctors who prescribe them to their patients.  The patients then purchase the equipment directly from the DME suppliers, which help the patient set up, use, and maintain the equipment.

The purpose of the kickbacks was to encourage the DME suppliers to recommend Philips Respironics’ products to doctors and patients over those of competitors, according to the complaints.  Moreover, the federal healthcare programs affected by the alleged kickbacks included Medicare, Medicaid, TRICARE, the Veteran’s Health Administration (VHA), and the Federal Employees Health Benefit Program (FEHBP).

In the South Carolina False Claims Act lawsuit, the whistleblower alleged that Philips Respironics gave DME suppliers free Hospital Management Systems prescription data.  HMS data are used in the healthcare industry, including by DME suppliers, to target physicians for marketing efforts.  Collected from hospitals and other sources, the data are organized by geographical area, and list doctors and show their recent prescriptions.  HMS data subscriptions are costly—up to $160,000 a year.

A former Philips Respironics employee, the whistleblower alleged that the company purchased HMS prescription data, then gave it to DME suppliers without charge.  The whistleblower allegedly raised concerns that this violated the AKS to the company’s senior management.  They, however, allegedly ignored those concerns and continued to press sales representatives to provide DME suppliers with the data.

Philips Respironics agreed to pay $24 million to resolve the claims of the qui tam relator, who will will receive a whistleblower reward of $4.3 million.

The AKS and the False Claims Act

The AKS prohibits parties from knowingly soliciting, paying, exchanging, or receiving any form of remuneration to induce the referral of services or items that are paid for or reimbursed by federal healthcare programs.  Prohibited “kickbacks” under the AKS can consist of anything of value—not just direct cash payments but also improper bonuses, bribes, gifts, or “unduly favorable” credit arrangements.

Moreover, claims submitted to federal healthcare programs “resulting from” AKS violations are false and fraudulent for purposes of the False Claims Act.  And causing the submission of such claims violates the False Claims Act even if another party does the submitting, which is what the whistleblowers in the Philips Respironics settlements alleged the company did.

The False Claims Act, which dates back to the Civil War, imposes substantial liabilities on parties that knowingly defraud the federal government or its agencies.  Under the statute’s qui tam provisions, private parties known as qui tam relators or whistleblowers can file actions on behalf of the United States and receive a portion of any recovery.  Specifically, whistleblowers are generally entitled to 15-30% of any recovery as a whistleblower award, plus legal fees and expenses.

If you have evidence of parties violating the AKS or otherwise defrauding the federal government or its agencies, it is important to speak to an experienced False Claims Act attorney.  Reach out to healthcare whistleblower attorney Mark A. Strauss to discuss your rights under the False Claims Act and the possibility of becoming a qui tam relator.