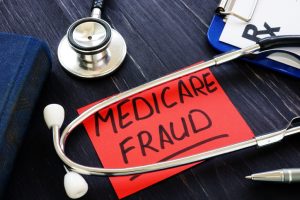 The lawsuit is part of an effort by the U.S. Justice Department to investigate and litigate fraudulent diagnosis-coding practices by Medicare Advantage (Part C) insurers

The U.S. Department of Justice has announced that it has sued health insurance company Cigna Corporation (NYSE: CI), alleging that it violated the False Claims Act by knowingly submitting false and invalid diagnosis codes to artificially inflate the capitation payments it receives from Medicare in connection with its Medicare Advantage health insurance plans.  The DOJ complaint-in-intervention was filed in a lawsuit initiated by a qui tam whistleblower under the False Claims Act.

The case is part of an ongoing effort by the DOJ to investigate and litigate improper diagnosis coding by private insurers operating Medicare Advantage (Part C) health plans.

Traditional Medicare consists of Parts A, which covers in-patient hospital care, and Part B, which covers out-patient care such as doctor’s visits.  Both operate on a fee-for-service model in which healthcare providers are reimbursed by Medicare for specific services and treatments.

Seniors, however, can opt instead to become members of a Medicare Part C Medicare Advantage Plan.  Medicare Advantage healthcare plans, often referred to as Part C or MA Plans, are operated by Medicare-approved private insurance companies and may provide more benefits and services than traditional Medicare such as dental and vision care.

Unlike the fee-for-service model of Medicare Parts A and B, however, insurers running Medicare Advantage plans are reimbursed by the government on a “capitated” basis, meaning they are paid based on the number of patients they see over a set period.  The Centers for Medicare & Medicaid Services (CMS) calculates those periodic payments using a “risk score” based on beneficiary demographic information and plan member diagnosis codes.  CMS “adjusts” the payments based on “risk” factors affecting anticipated healthcare expenditures so that insurers receive more money for members who pose more significant risks.

According to the DOJ’s complaint, Cigna artificially inflated the risk scores of its Medicare Advantage members — and thereby obtained higher risk-adjusted capitation payments from CMS than it was entitled t0 receive — through an initiative dubbed its “360 Home Visit” program.  Cigna contracted with vendors to conduct nurse-practitioner home visits to plan members across the country.  Based on each visit, the vendor completed a Cigna-created form that included a check-the-box, multipage list of a wide range of medical conditions.  Cigna then had its coding teams identify diagnosis codes purportedly corresponding to the medical conditions recorded on the forms and submitted them to CMS, claiming and receiving higher capitation payments as a result, the DOJ alleges.

Cigna allegedly structured the 360 program to capture “lucrative diagnosis codes” that would “significantly increase” its capitation payments.  Indeed, the purpose of the visits was “administrative code capture and not chronic care or acute care management,” according to an internal Cigna communication quoted in the DOJ complaint.  In fact, Cigna allegedly prohibited the vendors from providing any treatment or care.  It also targeted members who were “likely to yield the greatest risk score increases” for the visits, according to the DOJ.

Cigna knew that many of the box-checked medical conditions “could not be reliably diagnosed in a home setting and without extensive diagnostic testing or imaging,” the DOJ complaint alleges. Cigna also allegedly knew that the vendors lacked the equipment to conduct any such testing or imaging in patients’ homes.

Moreover, Cigna allegedly prohibited vendors from ordering diagnostic tests or referring patients to healthcare providers, despite knowing that they spent limited time with the members and did not conduct comprehensive physical examinations or have access to full medical histories.

Instead, Cigna allegedly instructed the vendors to rely primarily on the patients’ own self-assessments and responses to various screening questions.  It also pressured the vendors to record “high-value diagnoses” and identified medical conditions that the company supposedly believed were “often underdiagnosed” and pushed vendors to box-check them, the DOJ claims.

As a result of these practices, Cigna allegedly submitted numerous diagnosis codes representing serious medical conditions that could not be reliably diagnosed by the home visits and which were not reported by other healthcare providers who saw the same patients.  Those diagnoses were allegedly invalid because they were not supported by the information recorded by the vendors, did not conform with the applicable ICD (International Classification of Diseases) guidelines, and did not affect patient care, treatment, or management.

The submissions of the invalid diagnosis codes constituted false claims for payment in violation of the False Claims Act, the DOJ charges.  The practices also allegedly violated Cigna’s regulatory and contractual obligations to ensure that the risk adjustment data it submitted to CMS was accurate, complete, and truthful.

The alleged fraud by Cigna was exposed by a former employee of one of the company’s home-visit vendors.  He filed the False Claims Act qui tam whistleblower lawsuit in which the DOJ intervened.

If you have evidence of fraudulent Medicare Advantage diagnosis scoring or other type of fraud against a federal healthcare program or other government agency, it is vital to speak with an experienced whistleblower lawyer.  Whistleblower lawsuits involving healthcare fraud are generally brought by doctors, nurses, employees of hospitals, insurers, and drug and pharmacy companies, and other healthcare-sector professionals.  Call healthcare whistleblower attorney Mark A. Strauss for a free and confidential consultation.