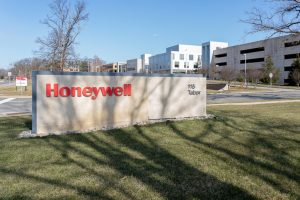 Honeywell International, Inc. (Nasdaq: HON) has agreed to pay $3.35 million to resolve allegations it violated the False Claims Act by supplying defective ballistic material for bulletproof vests purchased by the U.S. Department of Defense and other federal agencies.  The settlement ends the DOJ’s decades-long pursuit of False Claims Act lawsuits against companies in the body armor supply chain that allegedly continued to manufacture, market, and sell Zylon bulletproof vests even after becoming aware that Zylon rapidly degraded in hot and humid conditions, compromising its ability to stop bullets.

According to the DOJ, Honeywell developed and patented a process by which it laminated Zylon fiber into rigid sheets patented under the name “Z Shields.”  It sold those sheets to bulletproof vest manufacturer Armor Holdings, Inc., which in turn supplied the vests to the U.S. government for use by the U.S. Military, Department of Homeland Security, and other federal agencies.  State, local, and tribal law enforcement agencies throughout the country also purchased the vests through the federal Bulletproof Vest Partnership Program.

Honeywell allegedly learned that Zylon was subject to significant degradation, losing its “tensile strength” under prolonged light exposure and high heat and humidity, and especially by exposure to rain and sweat.  It received an “urgent” warning letter from its own Zylon supplier stating that use of the material “may not be justified in bullet resistant vests.”  In addition, it conducted its own testing, allegedly discovering that Zylon fiber degraded significantly in as few as four weeks and thus did not meet the government’s ballistic standards or satisfy the industry-standard warranty of five years.

Honeywell nevertheless did not disclose this information to Armor Holdings or the U.S. government, the DOJ alleged.  Instead, it continued to market its Zylon Shield product, touting it as a “groundbreaking” technology which supposedly “offered the highest levels of ballistic protection and represented the state of the art in ballistic performance,” according to the DOJ’s False Claims Act complaint.

Honeywell also allegedly issued technical bulletins to Armor Holdings falsely reassuring it that its Zylon sheets were safe to incorporate in bulletproof vests sold with a five-year warranty period.  And it sent Armor Holdings incomplete and misleading safety data, despite knowing that Armor Holdings was relying on Honeywell for its technical expertise, the DOJ alleged.

The DOJ thus accused Honeywell of violating the False Claims Act by knowingly causing Armor Holdings to submit claims for payment to the federal government that were false in that the vests were defective, unfit for use, noncompliant with government’s ballistic standards, and in breach of warranty, despite Armor Holdings’ implied certifications to the contrary.  Moreover, Honeywell knew that Armor Holdings’ implied certifications were critical inducements to the government’s decision to purchase the vests, the DOJ alleged.

According to the DOJ, the settlement with Honeywell concludes a multi-decade investigation of companies involved in the Zylon vest industry which has resulted in recoveries of $133 million from 17 entities and individuals.

The False Claims Act prohibits individuals and entities from knowingly making, or causing to be made, false or fraudulent claims for payment to the government.  Under the statute, individuals known as qui tam relators or whistleblowers are entitled to bring lawsuits on the government’s behalf.  They are generally entitled to whistleblower awards of 15-30% of the lawsuit’s proceeds.

False Claims Act lawsuits involving government contracting and procurement are a top priority of the DOJ.  Procurement fraud generally involves federal contractors that knowingly inflate costs or deliver goods that are not what the government bargained for—for example, products that fail to meet government specifications like Zylon vests.

If you have evidence of fraudulent practices in connection with federal contracting or procurement, it is vital to speak with an experienced whistleblower attorney.  Reach out to whistleblower lawyer Mark A. Strauss for a confidential and free consultation regarding the possibility of becoming a False Claims Act qui tam whistleblower.