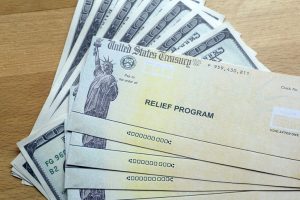 The Rensselaerville Institute of Albany, New York, a community nonprofit, has paid $86,676 to settle allegations that it violated the False Claims Act by fraudulently overstating its eligibility for a loan under the Paycheck Protection Program, thereby obtaining more funds than it was entitled to receive.  In the settlement, Rensselaerville admitted it fraudulently overstated the organization’s average monthly payroll on its PPP loan application and, despite being alerted to the issue by auditors, did not return the excess funds but instead applied to the government for forgiveness of the entire loan.

The fraud was exposed by Rensselaerville’s former Chief Financial Officer, who filed a qui tam whistleblower lawsuit under the False Claims Act and received a whistleblower award of $17,000 from the settlement, the U.S. Department of Justice said.

Known as the PPP, the Paycheck Protection Program is part of the Coronavirus Aid, Relief, and Economic Security or CARES Act.  Under it, qualifying small businesses impacted by the COVID-19 pandemic were entitled to apply for forgivable loans guaranteed by the U.S. Small Business Administration to cover payroll and certain other expenses.  Applicants submitted SBA PPP loan applications certifying their eligibility and indicating their average monthly payroll—a figure used for computing the maximum PPP loan to which the applicant was entitled.

The whistleblower alleged that in April 2020 a Rensselaerville employee communicated to a co-worker that the organization’s average monthly payroll was less than $500,000.  Nonetheless, the co-worker allegedly submitted an SBA PPP loan application to the SBA on Rensselaerville’s behalf fraudulently claiming that it was $500,000.

Shortly thereafter, the whistleblower wrote Rensselaerville’s Board of Directors that “I have not received a copy of the PPP application. I am hopeful it was not actually submitted….  It would be better if we don’t have a federal loan application floating out there for more money than we were entitled to,” according to the whistleblower’s complaint.

Combating fraud against the government

The False Claims Act prohibits parties from knowingly making, or causing to be made, false or fraudulent claims for payment to the government.  Individuals known as qui tam relators or whistleblowers are entitled to bring lawsuits under the statute on the government’s behalf.  They are generally entitled to whistleblower awards of 15-30% of the proceeds of the lawsuit.

Combating pandemic relief fraud is a top priority of the DOJ, which established the COVID-19 Fraud Enforcement Task Force in May 2021 and Strike Force teams to investigate and prosecute pandemic related fraud in September 2022.  Potential whistleblowers should be alert to frauds in connection with COVID-19 pandemic relief programs.