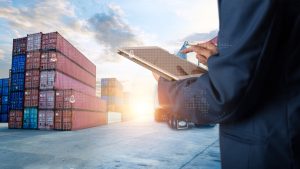 OneBigOutlet allegedly evaded millions of dollars in duties on imports from China by filing commercial invoices with CBP understating its purchase prices.

California importer RGE Motor Direct Inc., which does business under the name OneBigOutlet, has paid $3.25 million to resolve allegations it fraudulently underreported the prices it paid for furniture it imported from China.  The settlement ends a lawsuit brought by a qui tam whistleblower which alleged that OneBigOutlet, in coordination with its Hong Kong affiliate, Royal Sourcing Limited, violated the False Claims Act by knowingly filing false commercial invoices with U.S. Customs and Border Protection, thereby skirting millions of dollars in Section 301 tariffs.

The whistleblower, a resident of Hong Kong who previously worked as a sourcing manager at Royal Sourcing, received a whistleblower award of 27.5% of the settlement proceeds, according to legal filings.

Under Section 301, the United States has imposed punitive tariffs of 10-25% on $300 billion of Chinese imports. The tariffs—implemented in response to China’s intellectual property and technology transfer policies and practices—apply to broad swathes of imports in the manufacturing, energy, technology sectors.

No product testing or certification, however, allegedly ever occurred.  Instead, the parties simply used the fake testing and certification invoices to shift a substantial portion of the purchase price to paperwork not disclosed to CBP, the whistleblower alleged.  The values on the fake testing and certification invoices allegedly reflected the difference between those on the pro forma and the commercial invoices.  The commercial invoices were then allegedly filed with CBP, with the duties purportedly owed calculated based on their fraudulently understated prices.  This resulted in millions of dollars in import-duty underpayments, the whistleblower alleged.

The knowing evasion of import duties violates the False Claims Act, which imposes substantial liabilities on parties who knowingly defraud the U.S. government or its agencies like CBP.  Under the Act, private parties are entitled to bring lawsuits on the government’s behalf.  Known as qui tam relators or whistleblowers, those parties are generally entitled to whistleblower awards of 15-30% of any proceeds recovered from the case.  False Claims Act whistleblowers need not reside in the United States or be American citizens.

Investigating and prosecuting customs fraud is top priority of the U.S. Justice Department, which has recognized that customs fraud not only costs the American taxpayer lost revenue but also harms law-abiding importers and trade competitors who rely on a level playing field.

CBP relies primarily on importers to accurately label and value their merchandise and to pay appropriate duties. Nevertheless, evidence suggests that customs fraud is rampant.  Qui tam whistleblowers play an important role in helping the government police such misconduct.

There are three general types of customs fraud—undervaluation, country-of-origin fraud, and misclassification fraud.  Customs fraud whistleblowers are typically insiders of the importer working in logistics, sourcing, or procurement.

If you have evidence of customs fraud or other type of fraud against the United States or its agencies, it is vital to speak with an experienced whistleblower lawyer.  Reach to customs fraud whistleblower attorney Mark A. Strauss for a free consultation.  All communications are subject to the attorney-client privilege and strictly confidential.  It is necessary to file a False Claims Act lawsuit to recover a whistleblower award.  Merely reporting a fraud to government agency is not sufficient.