The fraud was exposed by two former company executives who filed a qui tam lawsuit under the False Claims Act. They will share a whistleblower award of $8.3 million. 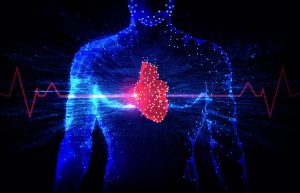 According to the U.S. Department of Justice, the companies also violated the False Claims Act by knowingly billing federal healthcare programs for work performed by technicians who lacked required training and certification.

According to the Justice Department, CardioNet knowingly billed federal healthcare programs—including Medicare, TRICARE, the Veterans Health Administration, and the Federal Employee Health Benefits Program—for services that were ineligible for reimbursement.

CardioNet evaded this requirement by outsourcing a significant amount of its cardiac data analysis work to cardiovascular technicians located overseas, the Justice Department alleged.  Specifically, CardioNet contracted for services to be provided by TechIndia, a healthcare company located in Chennai, India.

CardioNet’s operational workflow purportedly was designed to ensure that electrocardiogram (ECG or EKG) records with respect to federal-healthcare-program patients were routed for analysis only to contractors in the United States. Those contractors, however, lacked sufficient capacity to handle CardioNet’s business, resulting in backlogs.  CardioNet thus allegedly directed a substantial portion of its federally related ECG analysis business to TechIndia. For example, in 2015, TechIndia technicians allegedly analyzed more than 47% of CardioNet’s mobile cardiac telemetry (MCT) tests and more than 88% of its cardiac-event monitoring data.

CardioNet eventually implemented controls designed to prevent its foreign cardiac-data analysis contractors from being assigned federal-healthcare-program patient ECG records. According to the Justice Department, however, those controls were insufficient, and the practice continued.

In addition to prohibiting payment for services furnished outside the United States, federal law requires that cardiovascular technicians analyzing the ECG records of federal-healthcare-program patients be appropriately trained and certified.

The Justice Department alleged that CardioNet knowingly violated this requirement in that less than three percent of the TechIndia cardiovascular technicians held the required certification. Although TechIndia had a contractual obligation to use only credentialed technicians, CardioNet for years allegedly failed to audit or otherwise confirm TechIndia’s compliance.

CardioNet also allegedly used another cardiac-data analysis firm in India, Healthwatch Telediagnostics, which allegedly did not even require that its technicians be certified before beginning work.

Notably, False Claims Act whistleblowers need not be American citizens or even live in the United States.

Speak to a whistleblower attorney

Fighting healthcare fraud is a top priority of the Justice Department. If you know of fraud in connection with a federal healthcare program or other fraudulent conduct harming the federal government or its agencies, it is important to speak with an experienced whistleblower lawyer. Reach out to healthcare fraud whistleblower attorney Mark A. Strauss to arrange for a free and confidential consultation.