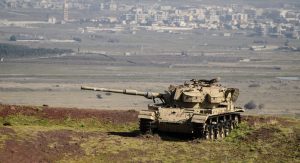 Contractor previously paid $5.6 million to resolve allegations it improperly sourced tungsten cubes from China instead of the United States for high-explosive tank rounds sold to Israel.

A federal appeals court has affirmed an award of almost $500,000 in attorney’s fees and expenses to co-whistleblowers who filed a qui tam lawsuit under the False Claims Act exposing a defense contractor’s illegal use of Chinese-sourced materials under a US-financed military procurement contract with Israel.

The decision follows Tungsten Parts’ payment of $5.6 million in April 2021 to resolve allegations it violated the False Claims Act by falsely certifying that the materials it supplied under the Israeli contract were sourced from the United States as required by law. In fact, according to the U.S. Department of Justice, the company supplied tungsten cubes which it incorporated in components for high-explosive multi-purpose tank ammunition that it acquired from sources in China.

Tungsten Parts, a manufacturer and supplier of tungsten, contracted with the government of Israel to provide components incorporating tungsten cubes for tank ammunition. The U.S. Defense Security Cooperation Agreement Agency provided grant funding for the $1.7 million contract. Tungsten is a heavy metal used for a variety of industrial purposes and military applications.

Funds granted by DSCA for foreign partner nations’ acquisition of military hardware are known as Foreign Military Financing. To be eligible for FMF grant funds, the defense articles purchased must be sourced and manufactured in the United States by domestic companies.

According to the whistleblowers, Tungsten Parts violated this requirement by purchasing tungsten cubes for its contract with Israel from a supplier located in China. It then allegedly assembled the tank-round components incorporating the cubes at a maquiladora assembly plant in Mexico.

Despite these arrangements, the company falsely certified that the components and materials it was providing were sourced, manufactured, and assembled in the United States as required by law, the Justice Department alleged.

Maquiladoras are Mexican assembly plants used by U.S. companies to save on labor costs. They use materials and equipment shipped from the United States on a duty-free basis. Following assembly the finished products are exported back to the United States or to other countries.

Tungsten Parts also allegedly took steps to conceal the fraud by disguising the nature of its transactions with its Chinese supplier. While paperwork reflected that the company was ordering 2mm tungsten spheres, the supplier verbally agreed with the company’s CEO to ship 1.94mm tungsten cubes instead, the whistleblowers alleged. The latter corresponded to the specifications of the Israeli military procurement contract.

The False Claims Act is the U.S. government’s most potent litigation tool for fighting civil fraud. The statute imposes significant liability on parties that knowingly defraud the federal government or its agencies.

Under the False Claims Act’s qui tam provisions, private parties known as whistleblowers or relators are entitled to bring lawsuits on the government’s behalf and receive 15-30% of the proceeds as a reward.

In addition, the False Claims Act contains a so-called “fee-shifting” provision entitling successful whistleblowers to apply to the court for an order requiring the defendant to pay their reasonable attorney’s fees and costs.

The False Claims Act is also frequently used to fight fraud relating to federal grant funding. Grant-fund qui tam lawsuits typically involve alleged false statements in grant applications or renewal or extension documents or fraudulent data or research. They also frequently involve the alleged use of grant funds for prohibited or unauthorized purposes—for example, the acquisition of foreign-sourced materials in connection with FMC contracts, as in the Tungsten Parts case.

Most whistleblower lawsuits are filed by individuals with access to internal, non-public information such as former and present employees of the company engaged in the violations. Increasingly, however law-abiding business competitors are filing qui tam lawsuits against rivals they allege are defrauding the government.

Such lawsuits are seen as a means of combating unfair competition and leveling the playing field.

Competitor-whistleblowers are also often uniquely situated to obtain evidence of suspected fraud through their contacts in the industry and access to market intelligence.

Speak with a whistleblower attorney

If you know of parties defrauding the U.S. government or its agencies in connection with military procurement contract, federal grant funding, or any other activity, it is vital to speak with an experienced whistleblower lawyer. To receive a whistleblower award, you must file a False Claims Act lawsuit.  Simply reporting the wrongdoing to a government agency or tip line is not sufficient. Call whistleblower attorney Mark A. Strauss to arrange for a free consultation.  All discussions are subject to the attorney-client privilege and strictly confidential.