The fraud was exposed by a former Academy underwriter.  She received a qui tam whistleblower award of $11.5M. 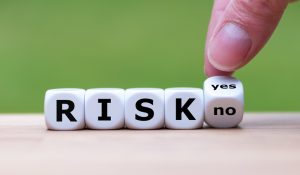 Utah-based Academy Mortgage has paid $38.5 million to settle allegations that it violated the False Claims Act by falsely certifying its compliance with underwriting requirements for federally insured mortgages.

The fraud was exposed by a former Academy underwriter who filed a False Claims Act whistleblower lawsuit alleging that Academy issued numerous loans without regard to whether they met FHA-HUD criteria. She received 30% of the settlement proceeds—$11.5 million—as a whistleblower award.

The Federal Housing Administration, part of the U.S. Department of Housing and Urban Development, guarantees lenders against losses on certain mortgage loans. If a homeowner defaults, HUD pays off the balance and assumes ownership of the foreclosed property. The government thereby encourages lenders to extend mortgages to borrowers who may not otherwise be eligible.

One of the FHA’s loan guarantee programs is the Direct Endorsement Lender program. Direct-endorsement lenders are permitted to underwrite loans—that is, evaluate the credit risk of potential borrowers—and approve or “endorse” them for HUD insurance on their own, without prior government review or approval.

In doing so, direct-endorsement lenders are obligated to comply with rigorous FHA-HUD loan origination and underwriting requirements. Due diligence is required to be conducted on each loan to ensure those requirements are met.

Moreover, direct-endorsement lenders are required to certify their compliance with FHA-HUD requirements both annually and in connection with each loan.

According to the whistleblower’s complaint, Academy defrauded HUD for almost a decade by knowingly or recklessly endorsing deficient loans while falsely certifying its compliance with FHA-HUD underwriting requirements. The company had a series of alleged improper, “no decline” practices, including:

As a result, Academy allegedly endorsed numerous mortgage loans for federal insurance that were deficient.

Moreover, Academy’s delinquency and default rates exceeded national averages by as much as a third, according to the whistleblower. The government allegedly paid insurance claims on loans that were improperly underwritten and suffered losses in the form of increased foreclosure and related costs.

Evidence suggested that roughly half the loans Academy issued violated HUD-FHA requirements in material respects, rendering them uninsurable, according to court papers.

The settlement with Academy is only the most recent under the False Claims Act involving federally insured mortgage lending. The Justice Department has recovered billions of dollars in similar lawsuits against banks and mortgage originators in the wake of the Global Financial Crisis.

Many of these recoveries stemmed from complaints filed by whistleblowers who, like the underwriter in the Academy case, partnered with the government to hold those institutions accountable. Many received significant whistleblower awards.

The False Claims Act is the U.S. government’s most effective litigation tool for combating civil fraud. It imposes substantial liability on parties that knowingly defraud the federal government or its agencies.

The statute’s qui tam provisions authorize private parties known as relators or whistleblowers to bring lawsuits on the government’s behalf. They are entitled to 15-30% of the proceeds as a reward.

Confer with a whistleblower attorney

If you have evidence of parties defrauding the federal government or its agencies including in connection with federally insured mortgage lending, it is vital to speak with an experienced False Claims Act attorney.

You must file a False Claims Act lawsuit to receive a whistleblower award. Simply reporting the wrongdoing to a government agency or tip line is not enough.

Reach out to mortgage lending whistleblower attorney Mark A. Strauss for a free consultation. All communications are subject to the attorney-client privilege and strictly confidential.