Firm allegedly provided government with inaccurate cost data during contract negotiations, failed to disclose that estimates had been reduced by automation of manual tasks.

Federal prosecutors have announced that CDM Smith, an environmental engineering and construction firm located in Fairfax, Virginia, has agre 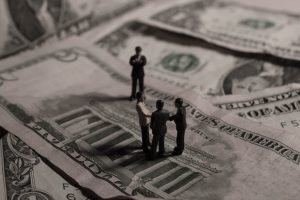 ed to pay $5.6 million to resolve claims that it violated the False Claims Act by overcharging the U.S. Navy in connection with two waste water system contracts.  The company employee who blew the whistle on the misconduct by filing a qui tam lawsuit under the False Claims Act stands to receive a significant whistleblower reward.

Countering fraud by government contractors has long been a central function of the False Claims Act. Some of the largest whistleblower in history have involved such violators.  Federal contracting and procurement cases under the False Claims Act generally involve two basic types of fraud — either overstated costs or substandard goods which are passed off as compliant.

The CDM Smith matter involved the first type of fraud — overstated costs.  The whistleblower alleged that the company failed to provide accurate cost and pricing data during negotiations with the government, resulting in millions of dollars in excessive charges and overpayments.  Specifically, the company relied on initial estimates of labor hours and costs, failing to disclose that it had, in fact, developed automated software known as “scripts” to perform certain otherwise time-consuming tasks.  The scripts slashed the number of hours required to perform the work in question. In addition, less skilled personnel were necessary to perform the automated scripts, thereby further reducing costs.

The use of the scripts enabled the company to realize substantial and undisclosed cost “underruns,” leading to profits of 44% on the contract overall and up to 92% on certain task orders, unbeknownst to the government.  This far exceeded the 10% profit to which CDM Smith was entitled under the contract.  Moreover, the company allegedly concealed and disguised the cost underruns by intentionally manipulating its records.  The whistleblower alleged that the company thereby knowingly misled federal contracting officers.  Moreover, each invoice the company submitted constituted false claim because it knew that the amounts were substantially higher than they would have been had it disclosed accurate data.  Additionally, the company allegedly knew that the reduced costs were material in that they would have impacted the government’s payment decisions.

After an investigation, the government intervened in and settled the case in August 2020.

The exposure of the scheme by a corporate insider

Notably, the whistleblower was CDM’s own director of contracts – a corporate insider armed with internal documents evidencing his claims. He cited powerful evidence in the form of business records and emails between CDM executives, including, for example, emails acknowledging the “significant savings” that resulted from use of the scripts while the company billed the government based on the original “pilot costs.”

Corporate and industry insiders are frequently uniquely positioned with the information and knowledge to expose fraud and false claims.  The qui tam provisions of the False Claims Act provide a significant incentive for them to do so.  Confer with an experienced whistleblower attorney if you have information about procurement or defense contracting fraud as the law in this area is complex.

If you are considering blowing the whistle on federal procurement or contracting fraud, reach out for a free and confidential consultation with Mark A. Strauss, an experienced whistleblower lawyer.